What are the types of Insurance available to pay you for your personal injuries after a car accident?

Knowing what insurance coverages, and the types of coverages are available to you is the first step in knowing your ability to make a full and fair recovery for your Tampa car accident.  There are two general sources of insurance. 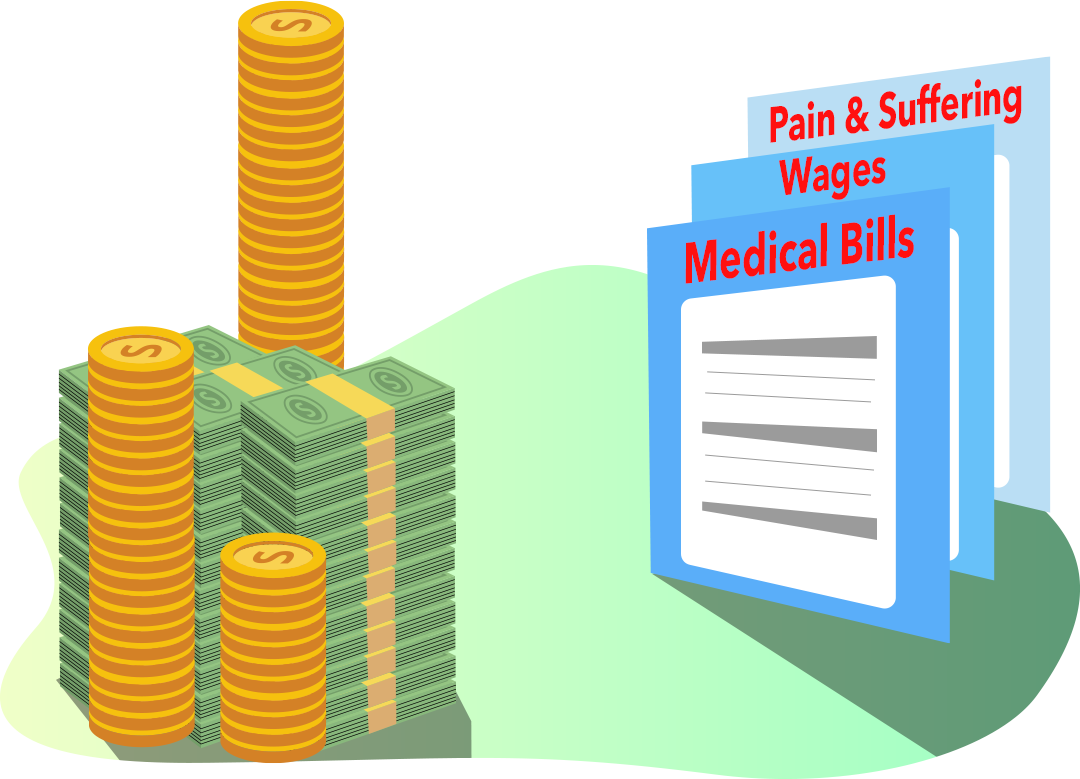 I share the answers to your question of "who will pay for my damages caused after a serious car accident injury?"

By knowing how much insurance coverage there is to recover payment for your:
Lost Wages
Medical Bills
Future Loss of Earnings
Future Medical Bills
Pain and Suffering
Loss of the Enjoyment of Life
Disfigurement
Aggravation of your Pre-Existing Injuries and Conditions
and Inconvenience

MattLaw™ and you are on the way to determine the full and fair value of your car accident injury claim.

If you have more questions, please call me, Matt Powell at 813-222-2222 and I will be glad to give you a free consultation about your injury claim. 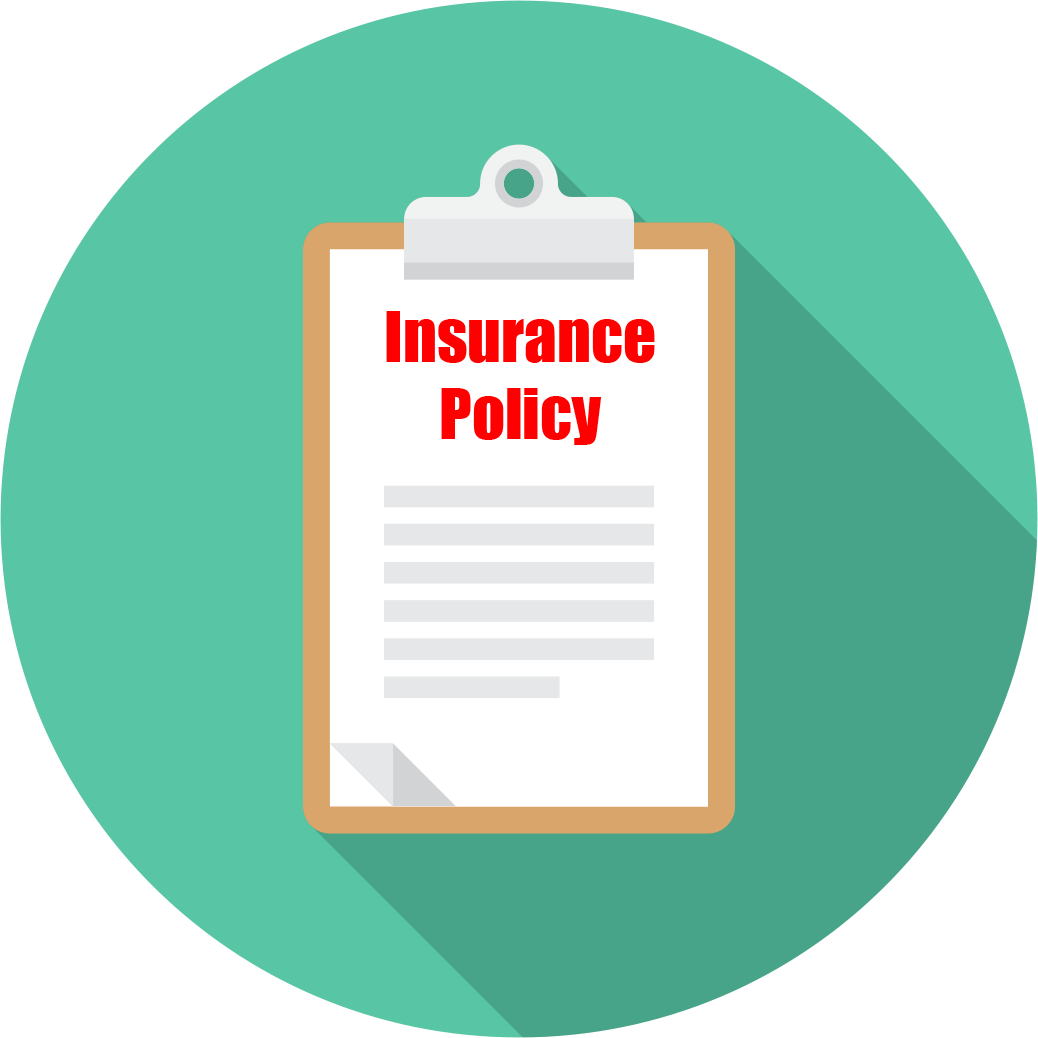 Who Will Pay Your Claim 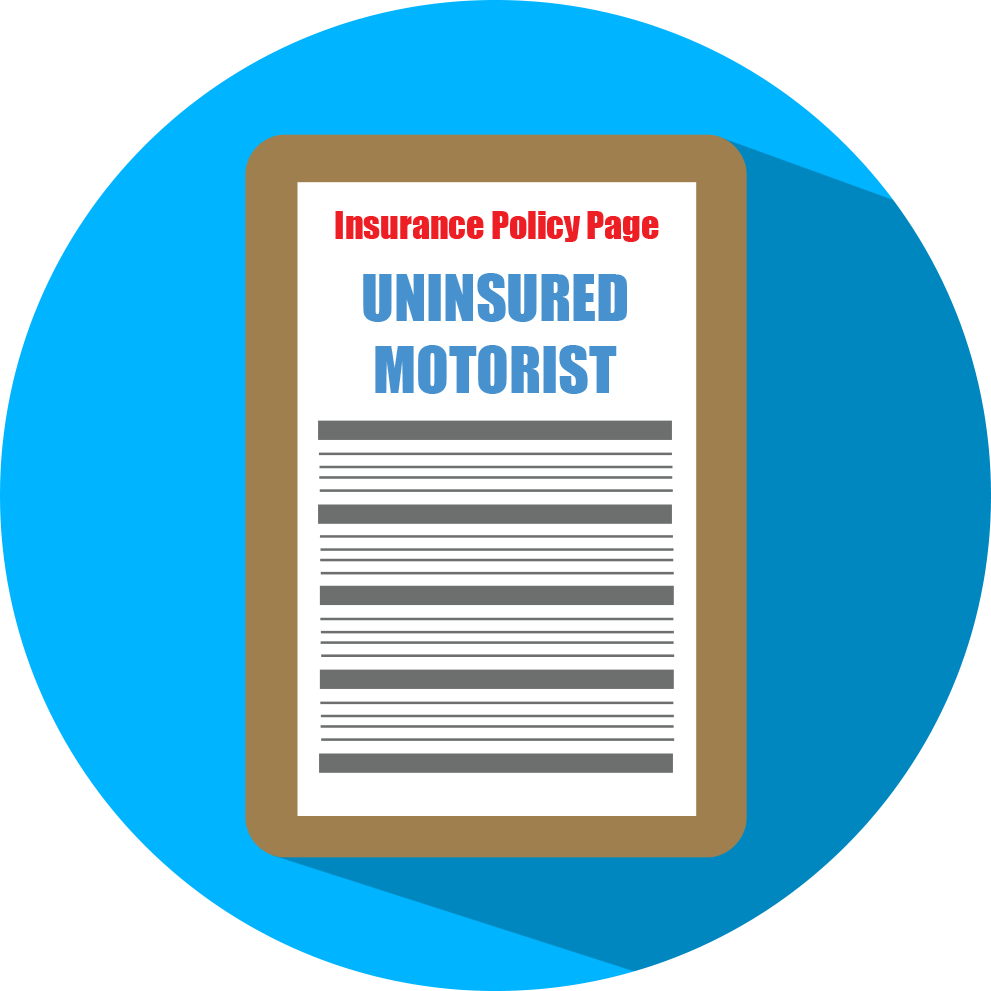 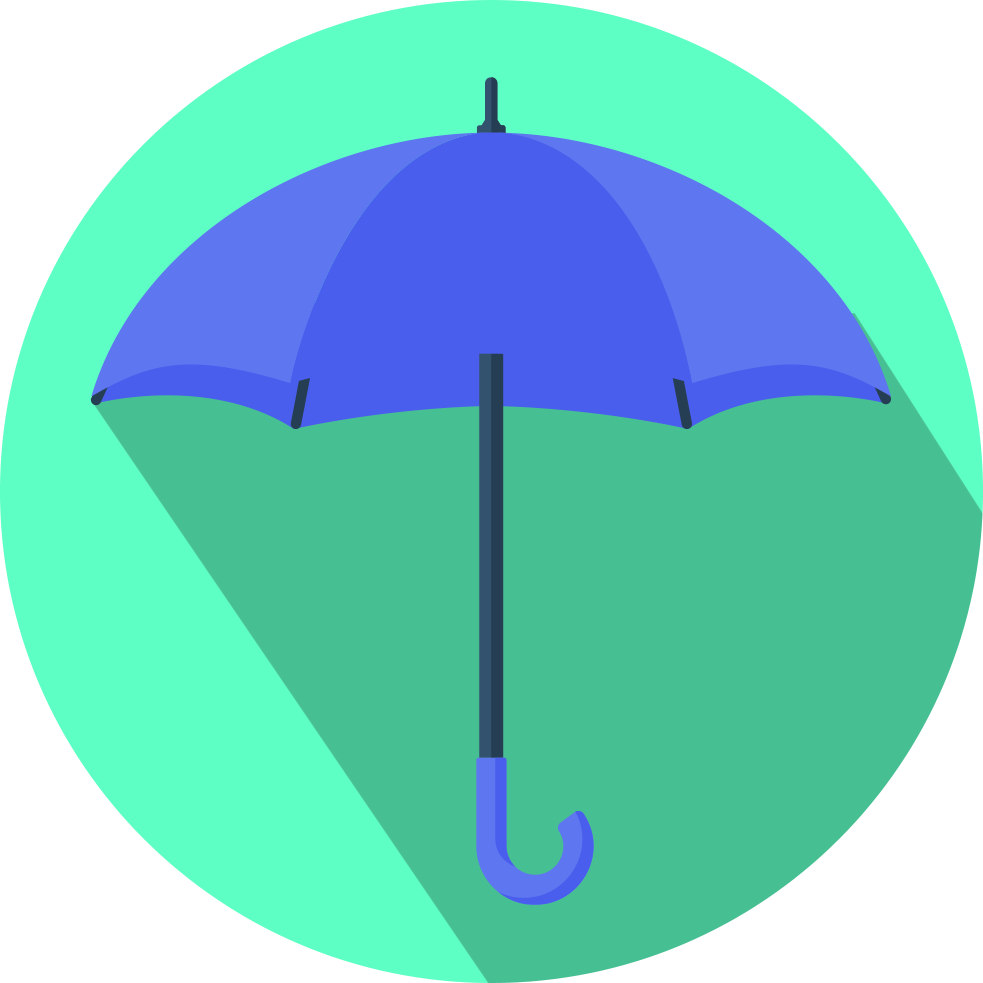 What Other Insurance Is There

What are the types of Insurance available to pay you for your personal injuries after a car accident?

Knowing what insurance coverages, and the types of coverages are available to you is the first step in knowing your ability to make a full and fair recovery for your Tampa car accident.  There are two general sources of insurance.

Who has insurance to pay your damages and losses:

First we look to Personal = Your Insurance:

1 – Your own car insurance that you insure yourself,

2 – Your resident relatives insurance policy which may provide coverage for you,

3 – The insurance covering the vehicle you are riding in, as well as;

Second we look to At Fault Driver and others who may be liable for the at fault driver’s negligence:

1 – The at fault Driver’s insurance

2 – The Vehicle Owner(s) of the at fault vehicle are liable for the negligence of any driver who operates their motor vehicle.

3 – The Employer of the at fault driver is responsible for their employees negligence.

4 – The Parents of the at fault Driver:  if the driver was under the age of 18 at the time of the car accident, the parent who signed their child’s driver’s license is liable for their child’s negligence.

5 – The Contractor:  any company who contracted with the at fault Driver, such as Uber or Lyft to drive for them, is responsible for the negligence of the driver while working for the contractor.

6 – The Friend who asks for a Favor:  If the driver who causes a crash is doing something for another person, the person being served may be liable for the negligence of the person running the errand.

#14 Insurance That Covers You Personally
What will My Insurance Pay

INSURANCE THAT COVERS YOU PERSONALLY:

What are the types of car insurance policy coverages you may be entitled to recover from Your own Personal Insurance:

What are the types of car insurance you may be entitled to be paid from, because of the negligence of the at Fault Driver and others who are liable for the at fault driver’s negligence?

This is what I call “Collectability”

You may ask, how do I find out about all of the available insurance coverages to pay for my car accident injuries?

The Florida law only requires insurance disclosure in a few limited circumstances, typically from the at fault car owner only.

Florida Law does not require the at fault driver to tell you if they were working at the time of the crash.

However, hiring MattLaw™ to file suit and ask the driver under the penalty of perjury if they were working at the time of the crash is a sure fire way to get the answers to this and other important insurance coverage questions.

This is why purchasing Uninsured Motorist Insurance is so important.

UM is the only insurance that actually pays you money, rather than your medical bills and wages.

For example, Imagine a crash where your daughter looses an eye.

The medical bills are paid by your health insurance,

but not a penny will be paid for her:

she will experience these losses for the rest of her life.

HOW MANY DIFFERENT TYPES OF INSURANCE COVERAGE ARE AVAILABLE TO PAY YOU FOR YOUR CAR ACCIDENT INJURIES?

There may be more than one insurance policy out there to compensate you.

Here are the general types of insurance that need to be considered:

Bodily Injury Insurance from the at fault driver.

employer of the at fault person

Knowing which of any of the above insurance policies exist,

and the limits of coverage

are important to know to make sure you don’t settle your case for too little value.

In a case with serious injuries, if you don’t know about all of the possible policies to compensate you,

you may think you recovered all of the insurance available,

but there could still be other policies that could exist to compensate you.

Why you Should you look further than the crash report for insurance coverages:

How do you know if the driver of the at fault car was running some sort of errand, or acting as an agent for an employer of some sort?

Or driving for Uber or Lyft?

Well, you can ask the driver at the scene, but they may not tell you.

You can ask the bad driver to sign an affidavit swearing under oath they were not running an errand or were in the scope of a job.

Or, ask us as your attorney, to file suit

and we will take the at fault driver’s deposition

under oath and ask them directly if:

They were working for someone,

They were running an errand for some company or person,

They were engaged in some sort of partnership while driving

insurance policy may exist to fully compensate you for your car accident injuries.

I handled a case one time where a produce employee was leaving work.  The employee’s boss asked the employee if he would mind stopping at a restaurant and delivering some vegetables on his way home?

The employee said, sure, I will drop off the carrots at the restaurant because it is on my way home, and not a big deal.

Well unfortunately, on the way home before the employee could drop off the carrots,

he caused a terrible car crash,

The attorney for the young child obtained the crash report, determined that the employee had low Bodily Injury insurance limits of $50,000.00.

Then determined that the car owner of the vehicle the child was riding in had Underinsured Motorist Policy limits of $300,000.00.

A settlement letter was sent to the insurance company of the at fault driver.

Next permission to take the bodily injury limits from the Underinsured Motorist carrier was granted.

(You must get permission from the Uninsured motorist carrier in Florida before you sign a release with the at fault bodily injury insurance company) The Underinsured Motorist Insurance Company said okay,

you can take the Bodily Injury policy limits of only $50,000.00 from the at fault driver.

So a suit was filed on behalf of the child against the Underinsured Motorist Insurance company to recover the full insurance policy limits.

And during the Underinsured Motorist law suit,

The deposition of the at fault driver who caused the crash was taken.

When the at fault driver was asked under oath

what was he doing at the time of the car crash,

He testified under oath he was on the way to deliver vegetables for his employer.

Well, it turned out that his employer had a commercial general liability insurance policy with $1,000,000.00 of coverage.

When the produce company received a demand for their policy limits, they promptly paid their limits to the child.

So, in this real life example, the injured child might never have learned about the additional liability of the produce company’s Commercial General Liability insurance policy if not for filing suit and taking the deposition of the at fault driver and asking him if he was running any errand, or on any mission on behalf of anyone or any company at the time of hurting the child in the car crash.

Finding the Money To Pay Your Car Accident Injury Case

After being involved in a serious car accident that was not your fault, and having serious injuries caused by the at fault driver, knowing the collectability of your case is KEY to making a full recovery.

At MattLaw™ we want to know about all of the insurance that may pay our client for their car accident injuries.

Here is a simple checklist of what you need to know to determine the value of your car accident injury claim:

2 The insurance coverage policy limits for all the vehicle owners


After you can check off each of these insurance coverages off your list, then you have a good start at understanding the collectability of your serious car accident injuries.

If you have questions about any Florida car accident injury case, please call MattLaw™ for a Free Confidential Consultation 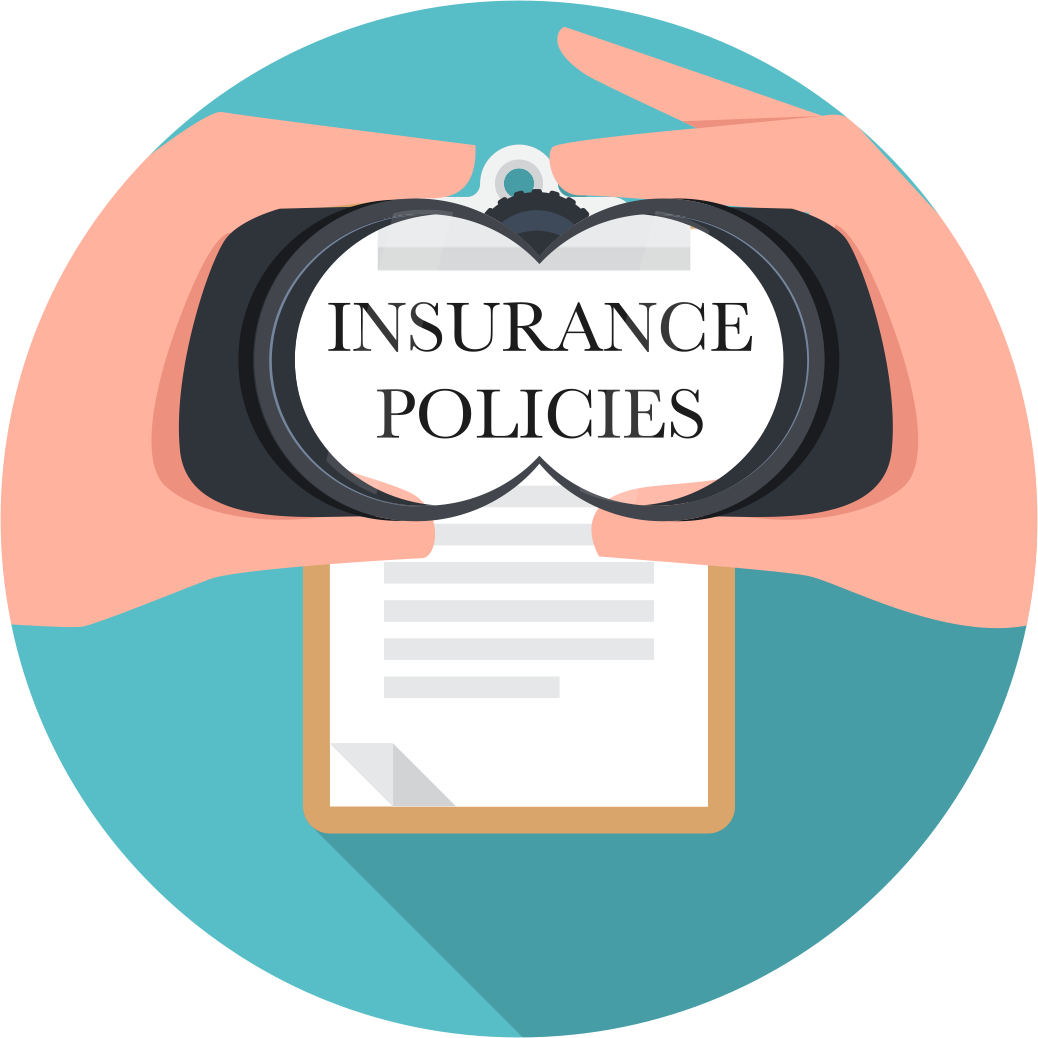 CONTINUE READING NEXT ARTICLE IN THIS SERIES

→
What Is My Car Accident Case Worth